View Calendar
www.ocea.org > News & Events > OCEA News >  Thank You for an Incredible 2022!
Share our site on

THANK YOU FOR AN INCREDIBLE 2022! As this year closes and we move into the third year of the ongoing pandemic, I’m happy to applaud the incredible resilience of OCEA’s leaders and members. You have courageously continued to serve the residents of our local community, often at significant risk to your own health and safety. Simultaneously, many of you have participated in unprecedented organizing efforts culminating in lasting, pro-worker leadership change at the County and in many County cities and districts.

At some unions, just one of OCEA's 2022 accomplishments would be considered a monumental achievement. But the sheer number of your significant 2022 successes speaks volumes about the momentum of OCEA and the Orange County labor movement we help lead.

2022 began with a rally by OCEA clerical staff at SSA Eckhoff, where workers stood together to educate the media about SSA’s failure to protect workers against COVID. The agency had forced rank and file members to be physically present at an office that managers themselves referred to as a “Petrie dish,” while SSA bosses safely worked from home. Unified worker action brought attention to this injustice, forced the Agency into ongoing discussions about telecommuting, and resulted in immediate improvements to worker safety.

This spring we introduced a novel organizing approach at SSA and brought longtime Steward Kerensa Schuppman in-house to work at OCEA for 3 months on a special program to initiate and implement change throughout the agency. Kerensa seized the opportunity and when her initial outreach efforts to SSA executives were rebuffed, she went straight to the Board of Supervisors. At a June Supervisors' meeting, Kerensa spoke publicly about SSA's ongoing failure to address critical workplace issues. Her efforts on behalf of her co-workers were so successful that in November Kerensa left County employment to join OCEA’s Labor Relations staff, where she has already demonstrated her commitment and dedication to tackling issues important to each of you.

Early this year at the Orange County Fire Authority (OCFA)—where OCEA members have been out of contract for nearly a year and a half—OCEA leaders and staff organized workers and spoke out against the OCFA Board’s failure to negotiate fairly. We took that message across the County to the City Councils of Board members. Now, with the election behind us, a new OCFA Board will be installed, and we hope our actions will lead to a fair contract in the new year.

May marked the beginning of two intense election cycles, with OCEA members mobilizing in the lead-up to the June primaries to ensure support for labor-friendly candidates and initiatives at the ballot box. In all, 8 out of 9 OCEA-endorsed judicial candidates won their races in the primary. The ninth won her race in November. That’s right—you helped elect all 9 judges we supported!

In July, OCEA representatives were in San Francisco for the California Labor Federation’s biennial conference. We marched in the streets side-by-side with national labor leaders including Chris Smalls, the founder of the Amazon Labor Union, connecting our work in Orange County to the larger goal of unionizing ever-increasing numbers of the American workforce.

July also marked the retirement of longtime OCEA President Lezlee Neebe from the Superior Court and her role leading OCEA. We are honored she served in that role with such commitment for so long. We are equally honored that longtime Board member and leader Judy Bowling, a Senior Investigator with the Public Defender’s Office, is now OCEA’s next President.

Because of COVID, we were again unable to host our traditional OCEA Health Fair this fall. Instead, OCEA Stewards and staff helped to distribute 11,000 OCEA Health Fair bags to members at multiple locations throughout the County with drive-thru events. That presented a perfect opportunity for OCEA Treasurer and OCERS Board Member Adele Tagaloa to hit the pavement with her reelection campaign to the County’s Retirement Board. We’re elated that thanks to her efforts and your support, Adele was re-elected to represent your OCERS retirement interests for a second term!

September saw the Court Bargaining team convene for negotiations with the Superior Court. Over several weeks a number of notable pro-worker lawmakers came to OCEA to address the team, further strengthening the tie between County employees and the elected officials who work in Sacramento on our behalf. Those negotiations culminated in the ratification and adoption of a fair and equitable contract with significant wage increases for OCEA's Court workers.

In early October OCEA's Voter Guide arrived, as part of what may have been the most important election in OCEA history. The November 2022 election presented us with the opportunity to elect the first labor-friendly majority on the Board of Supervisors since OCEA’s inception in 1937. We are so thankful that your countless hours of voter outreach, both on the phones and in neighborhoods, resulted in a resounding victory with the election of Supervisor Vicente Sarmiento and re-elections of Supervisors Doug Chaffee and Katrina Foley. In all, 31 OCEA-endorsed candidates, the most ever for our union, won their elections.

As we head into County negotiations in 2023, we are confident a new culture that helps put workers first will continue to emerge across the County's departments and agencies.

The year concluded with two long-sought improvements in worker benefits—a Tentative Agreement with the County providing: (1) employee choice and expansion of post-employment health care funds; and (2) increased vacation accrual flexibility. That Tentative Agreement was approved by OCEA members overwhelmingly and adopted by the Board of Supervisors at its final 2022 meeting on Dec. 20.

It can sometimes be difficult to appreciate the full impact that belonging to a union has on you and your family. But I hope this summary of OCEA's significant 2022 achievements provides you with some sense of gratitude and pride in the work you and other OCEA members do each day of the year. Our commitment and efforts going FORWARD, TOGETHER, will ensure we continue to enjoy successes in 2023 equal to or exceeding those of 2022.

Thank you to all OCEA leaders, stewards, members, and staff who have helped to push us forward. Our President Judy Bowling joins me in wishing every one of you a safe and Happy Holidays and New Year. 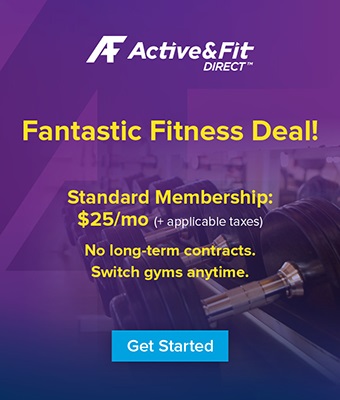